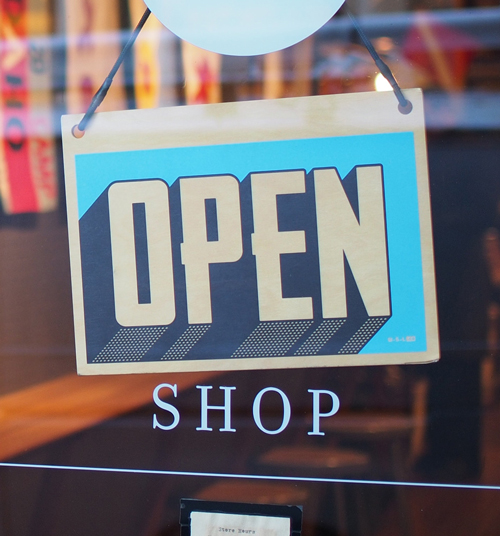 5 Ways Small Businesses Can Recruit Top Talent
Buying Workers' Comp Online: Here's What You Need
COVID-19: 6 Ways to Grow Your Small Business During Challenging Times
What to Know About Insurance When Hiring a Nanny
Missing Something On Your Workers' Comp Insurance Application? It's Fine to Get a F-E-I-N Online

Colorado led the nation in legalizing the recreational use of marijuana via Colorado Amendment 64. With the law going into effect in January 2014, we're now five years into this new world.

However, there is still plenty of confusion when it comes to marijuana and workers' compensation insurance—especially here in Colorado. Since both recreational and medical marijuana usage are allowed by the state, and are relatively common, business owners and employees can run into conflicts when it comes to understanding exactly what impacts Colorado workers' comp rules and regulations.

That can make things difficult to manage as a business owner—to say the least.

So, we're going to try to erase some of that confusion for you. In this post, we're going to highlight five key facts you, your business and your employees need to know when it comes to Colorado workers' comp, marijuana usage and its impacts.

The biggest conflict most workplaces have when it comes to exactly how to deal with marijuana use is confusing state and federal laws.

In Colorado, both recreational and medicinal use of marijuana is legal. However, that cannot be said for the country as a whole. In fact, according to the United States Government, using marijuana is not legal.

When it comes to prosecuting crimes or enforcing contracts, it is federal law that takes precedence over state law. So this means, if you are a small business owner in Colorado, you have to know not only the rules and regulations here in the state but also the particularities of Federal laws around marijuana use too.

So what this means for you is that even though marijuana use is legal in Colorado, workplaces must enforce federal regulations around it. That can put owners business owners in a tricky spot.

For employees who use marijuana either recreationally or for a medical condition, the rules are challenging. While employees have every right to use marijuana in their personal time, it's essential that they know there are potential repercussions of that use in the workspace.

This is especially true for employees who get sick or injured on the job. If they get injured with marijuana in their system there are ramifications associated with it, especially if that use goes against the workspace drug policies.

As an employer, you need to make this very clear to all of your employees—you can post it with other workers' compensation notification requirements.

It's also important to note that even if marijuana gets prescribed for a medical reason by a doctor, federal workers' comp regulations do not allow for it. That means an employee who gets injured on the job can lose their workers' compensation claim even if a doctor has approved of marijuana use.

3. Recreational Use Not at Work

Many employees probably think that none of this matters as long as they are not using marijuana for recreational purposes while physically at work. Unfortunately, that's not the case.

According to the law around workers' comp insurance in Colorado, if a drug test indicates a presence of a controlled substance, and that includes marijuana, in an employee's system during working hours then it's assumed any injury to the worker was caused by drug intoxication.

That's something employees must know and take into account. The simple fact of the matter is that depending on how often someone partakes, marijuana can get detected in testing anywhere from 72 hours to up to 30 days after use.

As an example, an employee can use marijuana recreationally on Saturday afternoon and then get into an accident at work on Tuesday. Even though they used in their free time, days before they were on the clock, there is the potential that marijuana intoxication gets blamed as the cause of the accident. Employees need to know that can happen.

Many businesses, in and out of Colorado, have a drug free workplace policy. In most cases, that means using a controlled substance while at work is not allowed under any circumstances.

However, as you've seen, it's possible to use marijuana recreationally while not at work and still have it show up in the system days later.

When an employee gets injured on the job, it's within the rights, and a very common practice, for employers to request a drug test after the accident. That is something employees should get notified of before any injury or illness takes place so they understand both the policy and process and potential risks associated with marijuana use.

If an employee is found with evidence of marijuana in their system at the time of an accident, the law is clear. The law requires that the wage replacement portion of any workers' compensation benefits gets reduced by 50%.

A reduction in wage benefits that high can have a real impact on an employee as they struggle to recover and get back to work. It's just one more thing as an employer you need to make clear about the potential repercussions of marijuana use and its impact on workers' compensation claims.

Employees have every right to appeal these findings. However "clear and convincing evidence must be provided" by the employee to indicate something else was at fault for the illness or injury in the workplace. In many cases, that is hard to prove.

Protecting Your Employees and Your Business

When it comes to understanding the nuances around Colorado workers' compensation insurance and marijuana use, things can get murky.

However, Pinnacol Assurance and the Denver Metro Chamber of Commerce have teamed up to create an in-depth guide that covers the topics we've discussed and more. You can read more about it here.

Finally, don't forget to make sure your business gets its workers' comp insurance needs covered. That's especially true if your business is operating in the cannabis industry. You can contact Cake today to get a quote online in just 5 minutes.